In English class you may have learned that using ain’t is always wrong. One of your teachers may have told you that ain’t is not an acceptable substitute for isn’t, aren’t, I’m not, or any other negative contraction.

And this is mostly true. You certainly don’t want to always use ain’t instead of one of the contractions you were taught in class.

But this doesn’t mean that ain’t is always unacceptable. There are two situations in which using ain’t is entirely appropriate.

It’s okay to use ain’t to add emphasis

If you use ain’t instead of isn’t, aren’t, etc. you make  your statement more emphatic.

Here’s an example. Let’s say you have a friend who always asks to borrow money and never pays it back. One day he asks you to lend him $100. You tell him, “I’m not going to lend you any money because you never pay me back.”

But your friend is persistent, and he asks to borrow money again. So you tell him, “I’m sorry, I’m not going to help you out this time. You never pay me back.”

Unfortunately, your friend just won’t take no for an answer (you should really find some new friends), and he asks to borrow money for a third time. At this point, you’ve had enough, so you tell him, “Listen, I ain’t lending you any money. Deal with it.”

Saying “I ain’t” instead of “I’m not” tells your buddy that there is absolutely no chance that you’re going to lend him money. Ain’t makes your refusal stronger and more emphatic.

Here’s another example. Let’s say you have another friend who is a hopeless optimist. He always plays the lottery and is convinced that he’s going to win one day. He talks about it all the time, and it annoys you to no end.

So one day while your friend is telling you about how he’s going to spend his lottery winnings, you interrupt him and say, “Listen, stop talking about winning the lottery. It ain’t gonna happen.”

It’s okay to use ain’t in certain fixed expressions

Another acceptable use of ain’t is in certain fixed expressions. In many of these expressions, replacing ain’t with another contraction sounds unnatural.

These aren’t the only fixed expressions in which we use ain’t. There are others, including some that are outdated or uncommon in modern speech.

So, to conclude: It’s perfectly fine to occasionally use ain’t as long as it’s to add emphasis or as a part of a fixed expression. 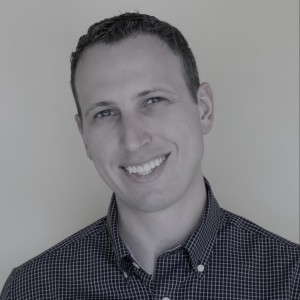