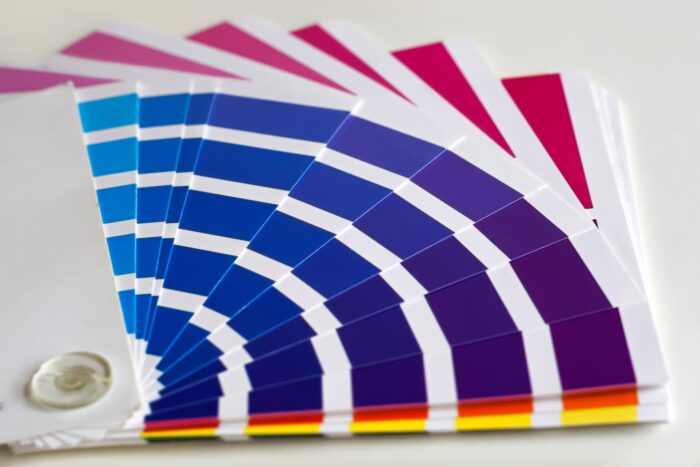 As an advanced English learner, you should try to use precise words instead of vague, boring terms like interesting, and happy.

One way to be more precise if by using adjectives with the appropriate level of intensity.

So if you’re extremely angry, don’t use the word angry—-use enraged or furious instead.

Furious and enraged are similar to angry, but stronger. These subtle differences between similar words are called shades of meaning.

Here are 21 charts showing the shades of meaning between similar adjectives. Note that I’ve included several nouns as well (a genius in chart #18, for example). 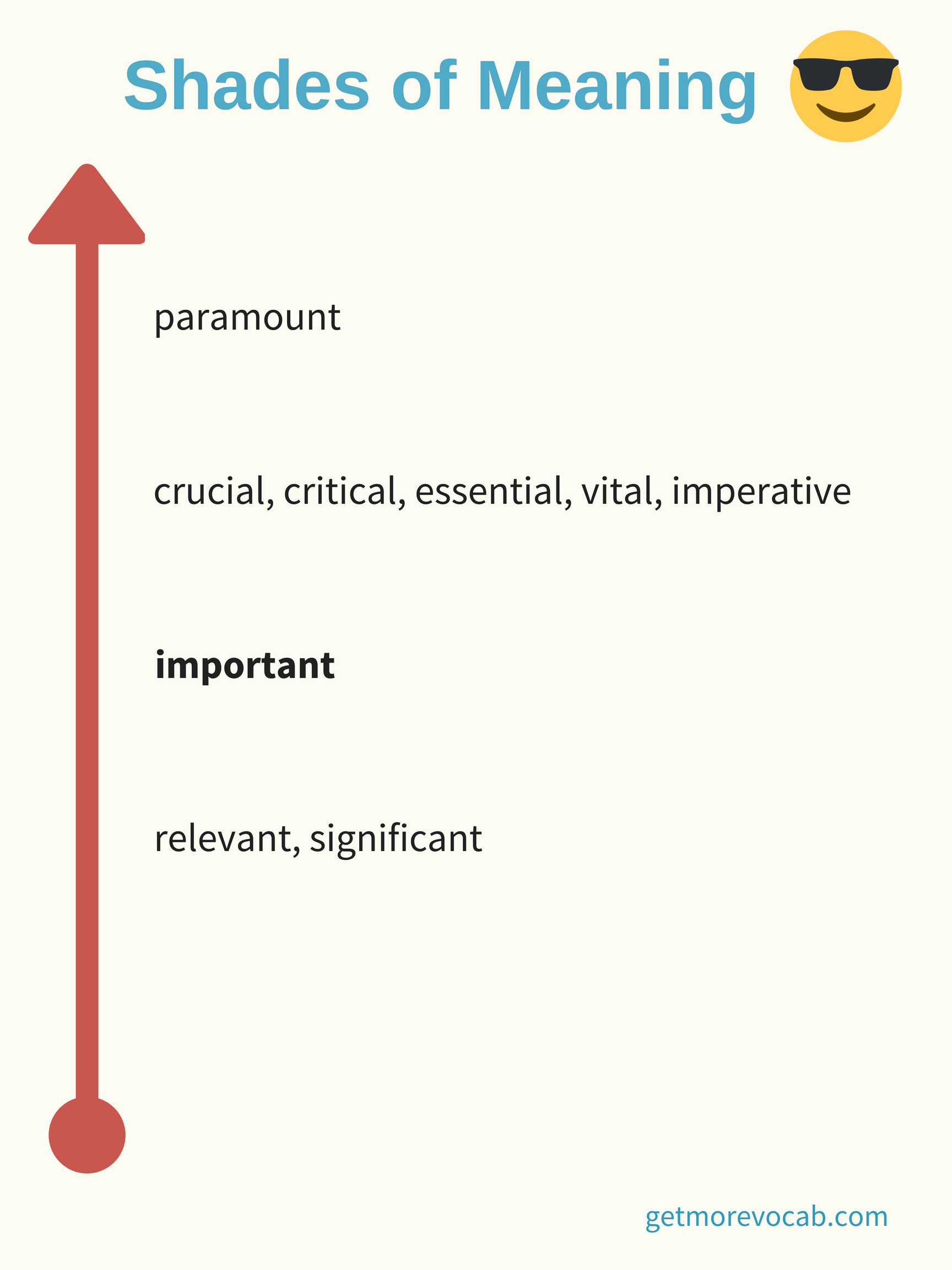 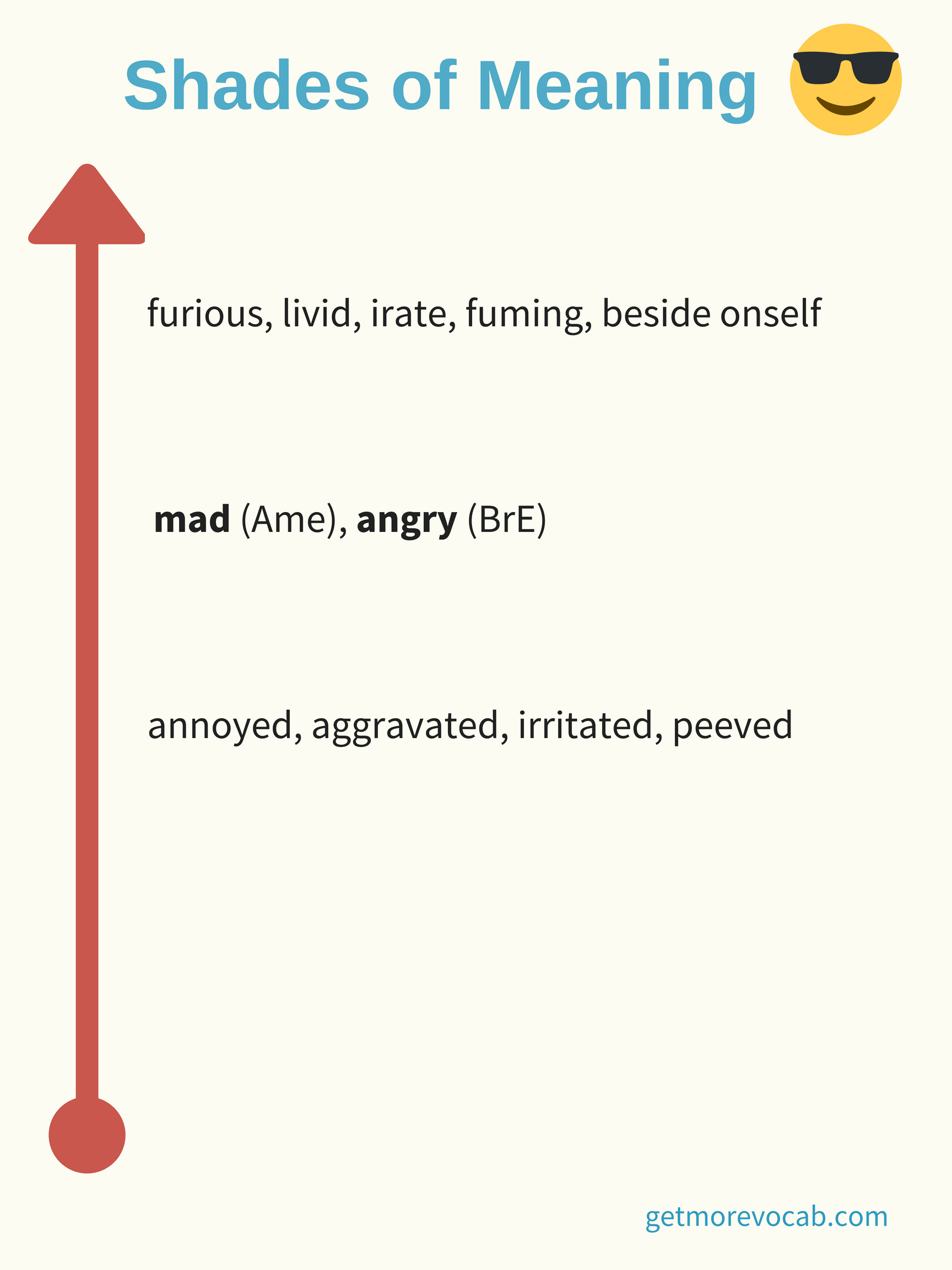 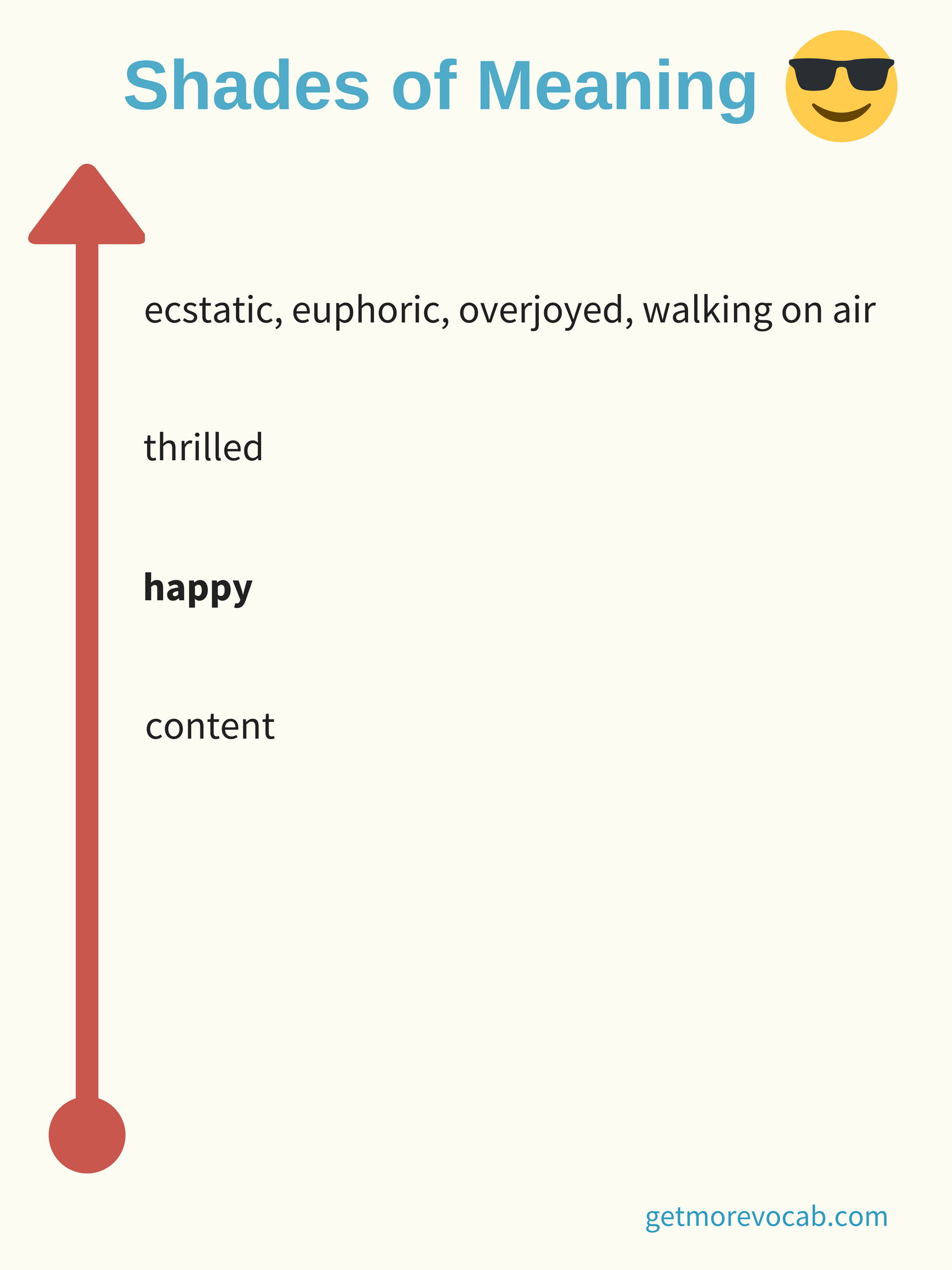 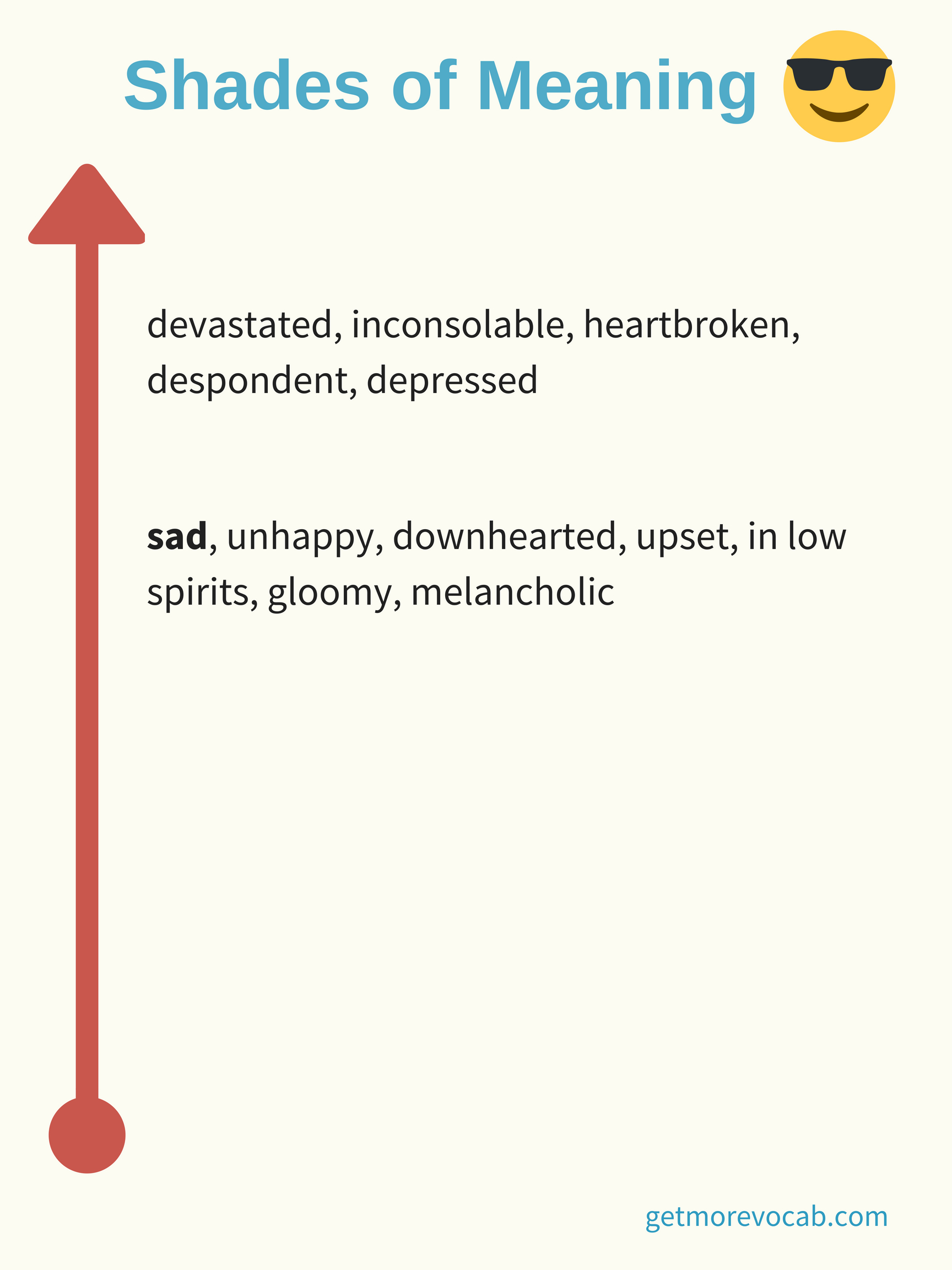 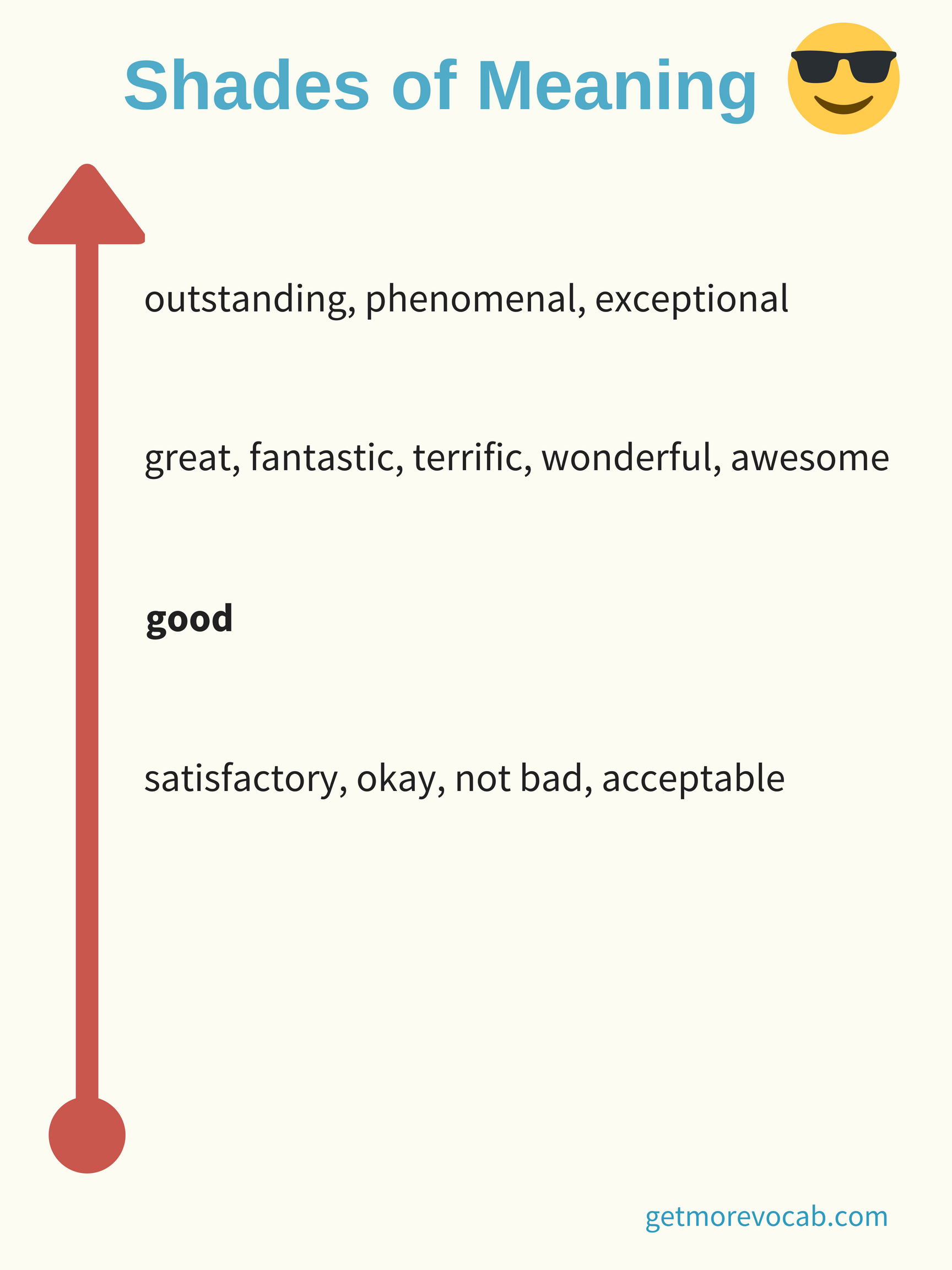 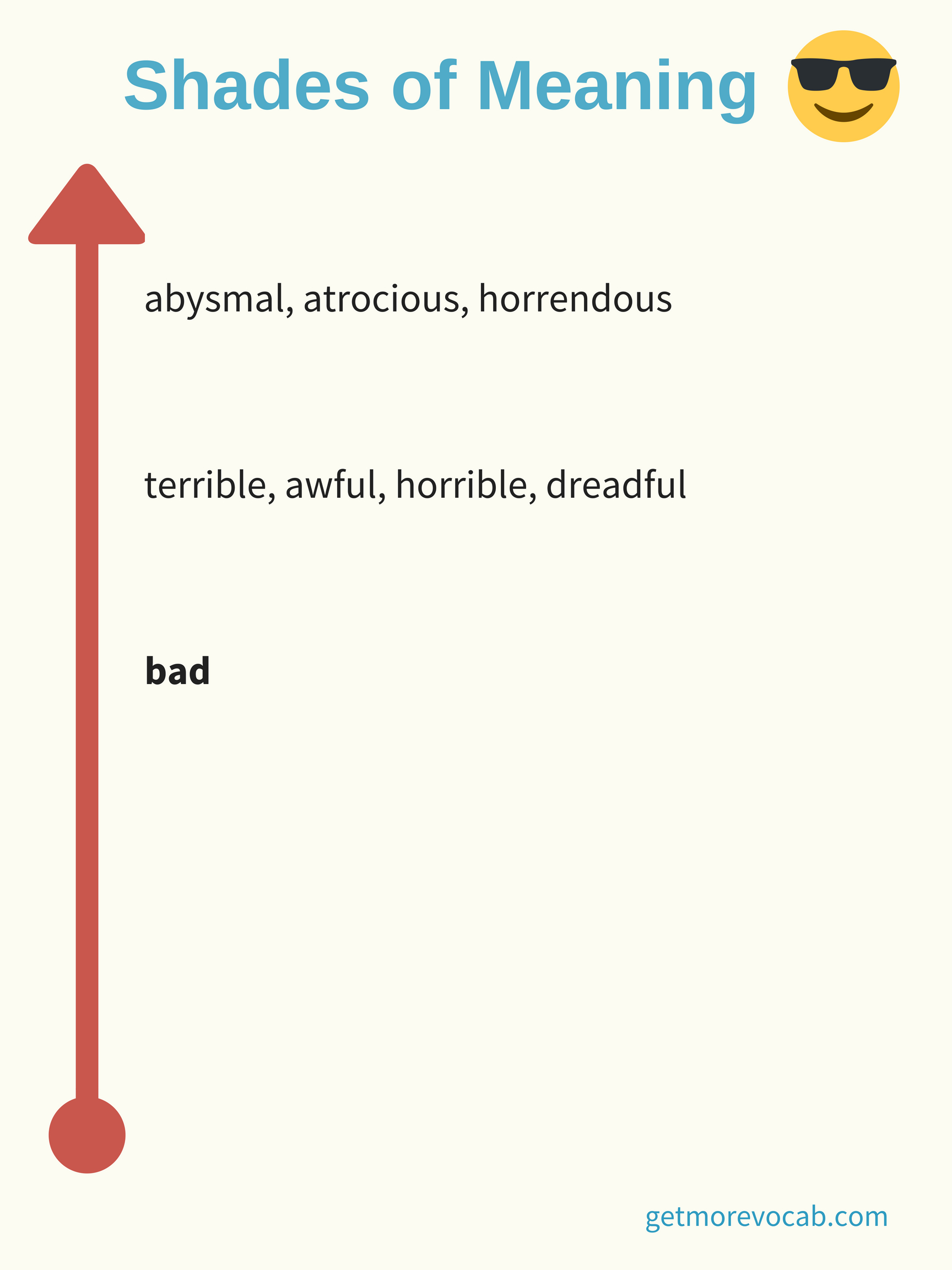 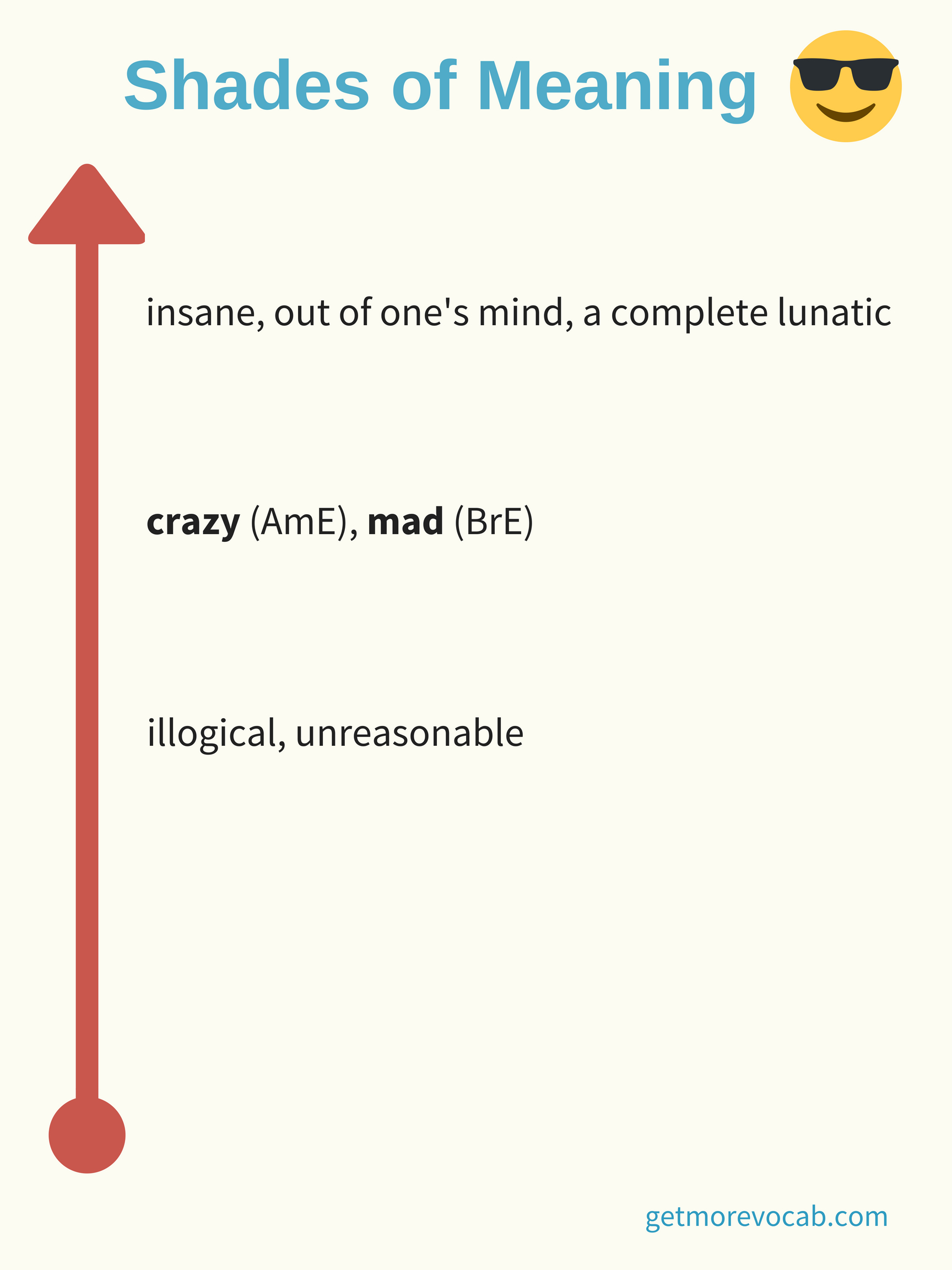 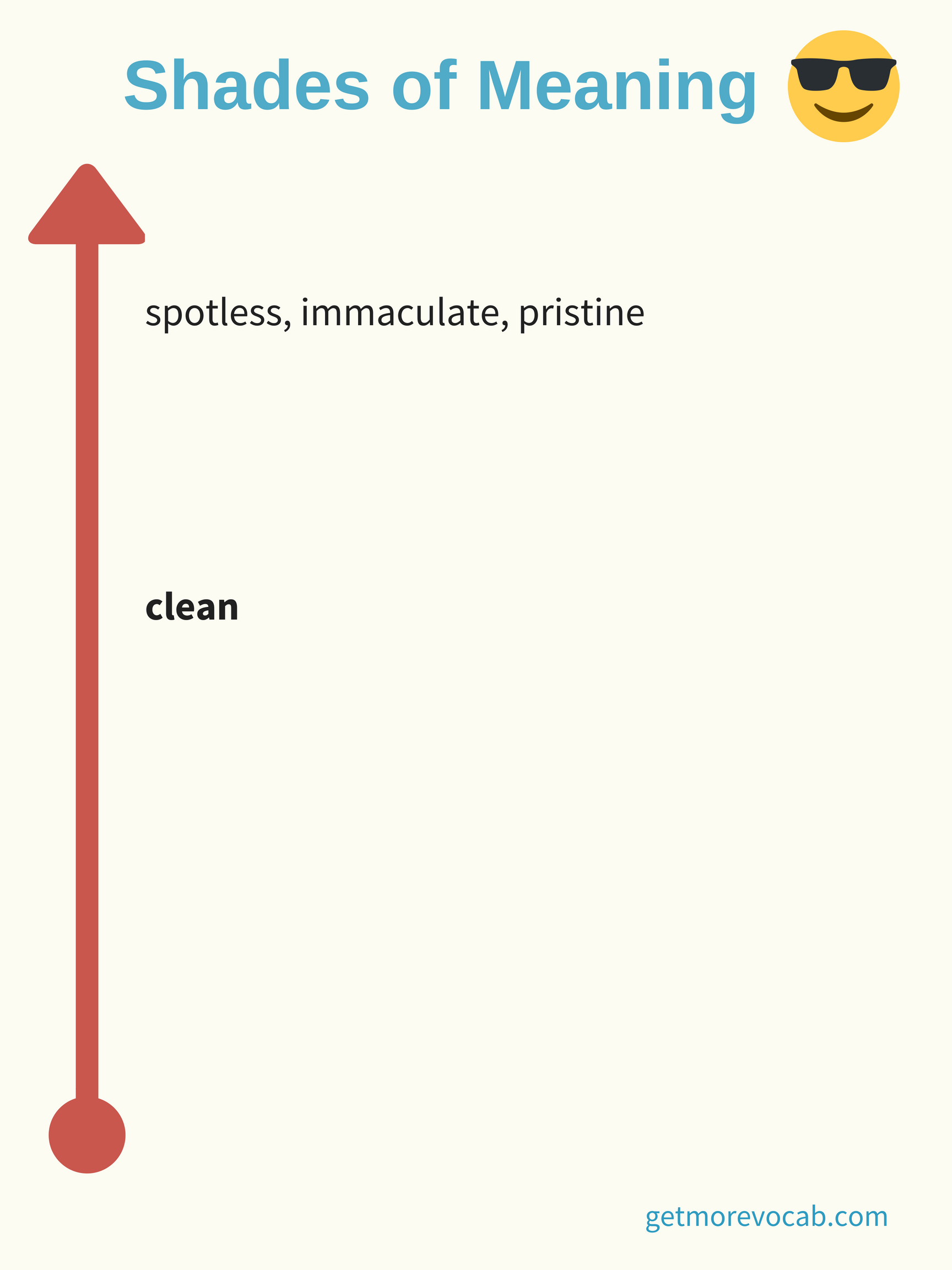 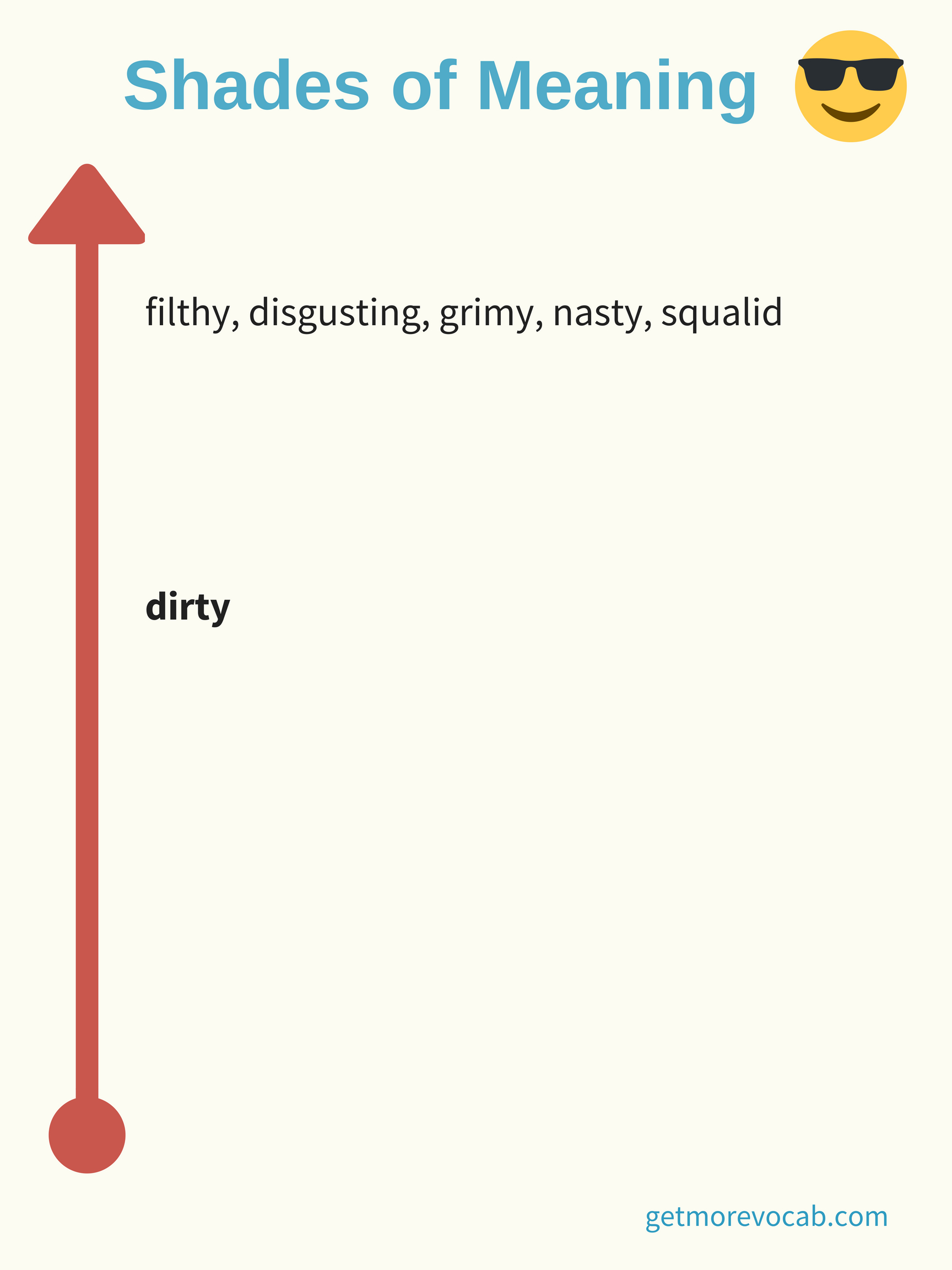 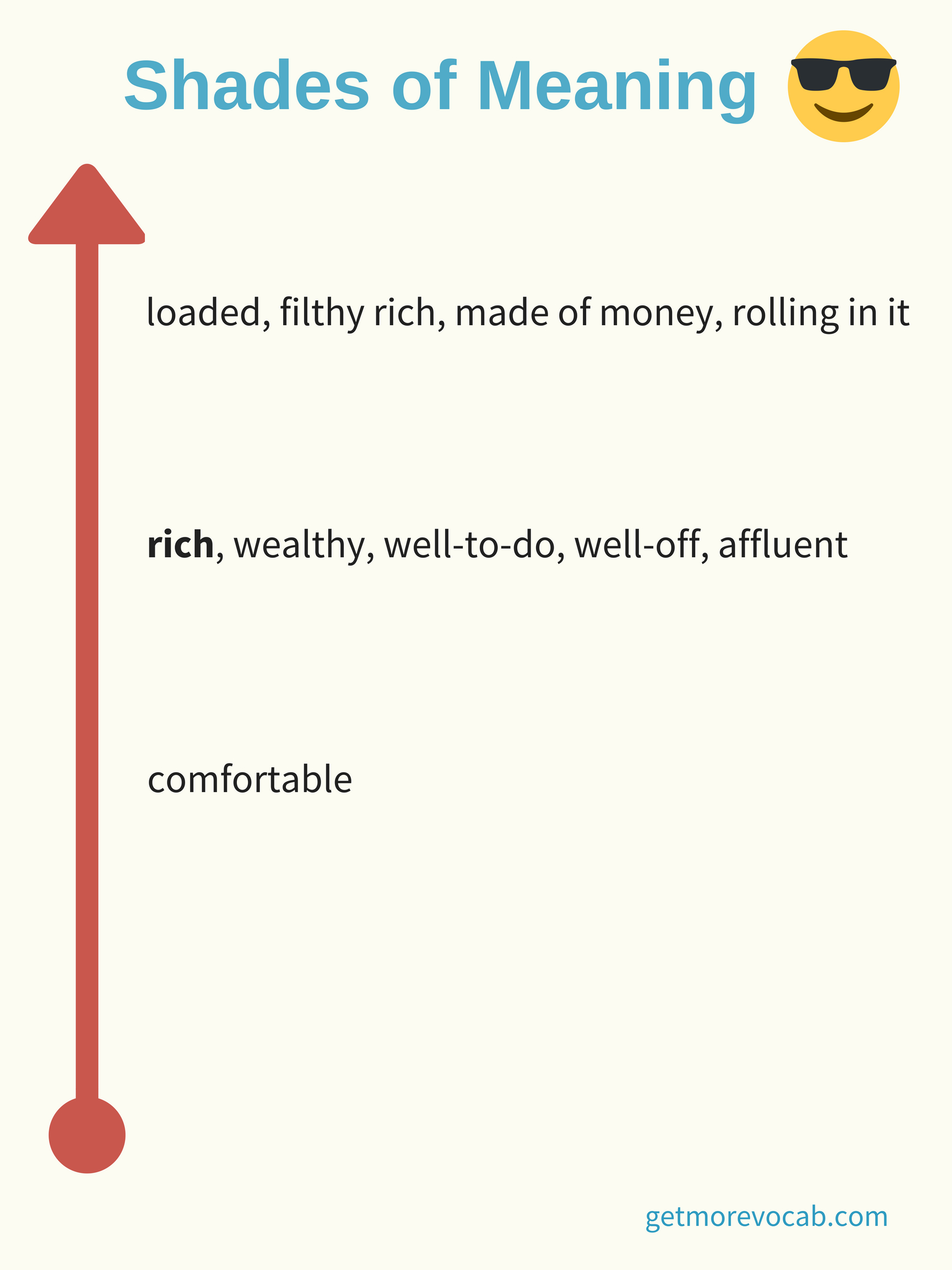 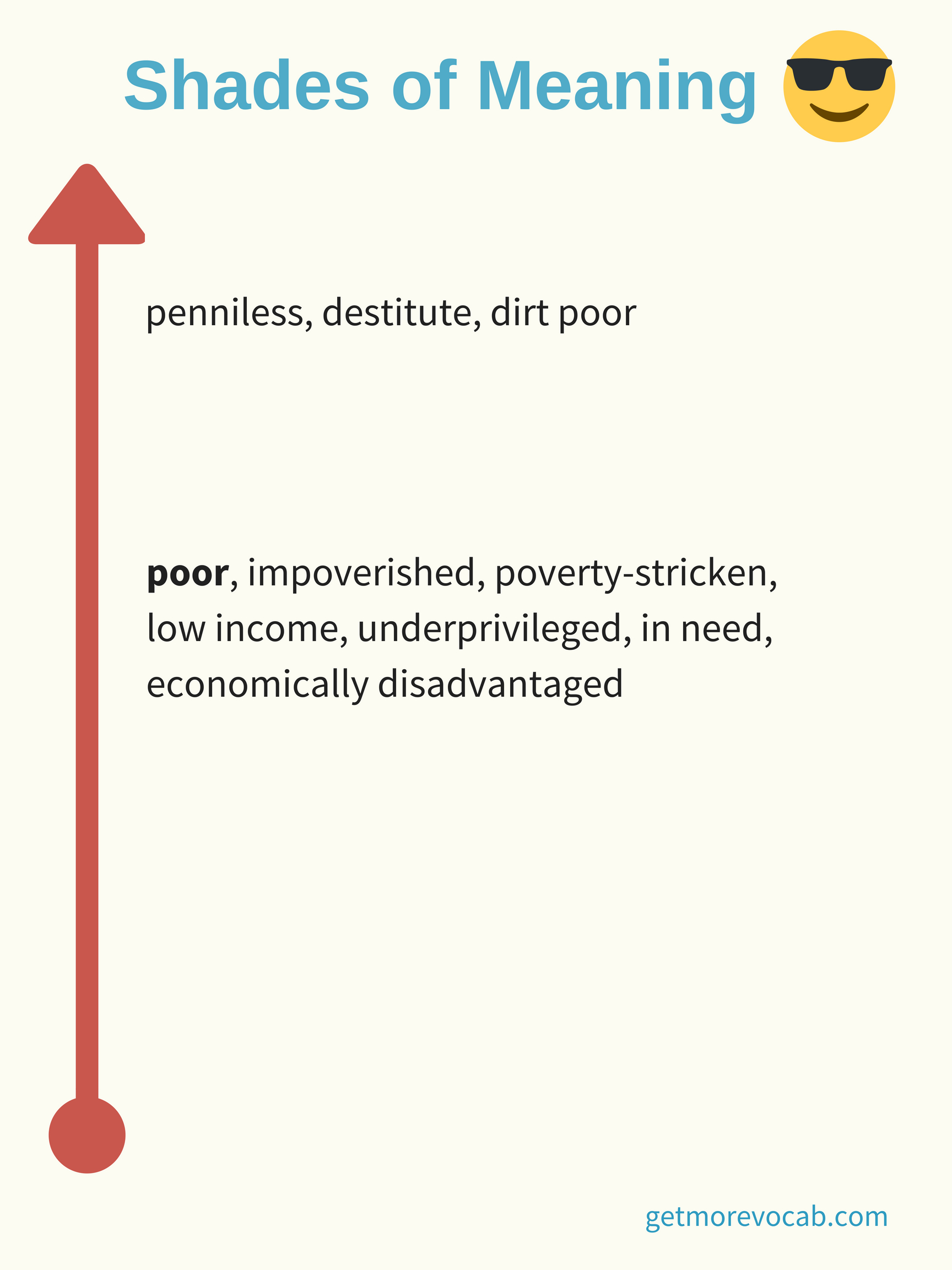 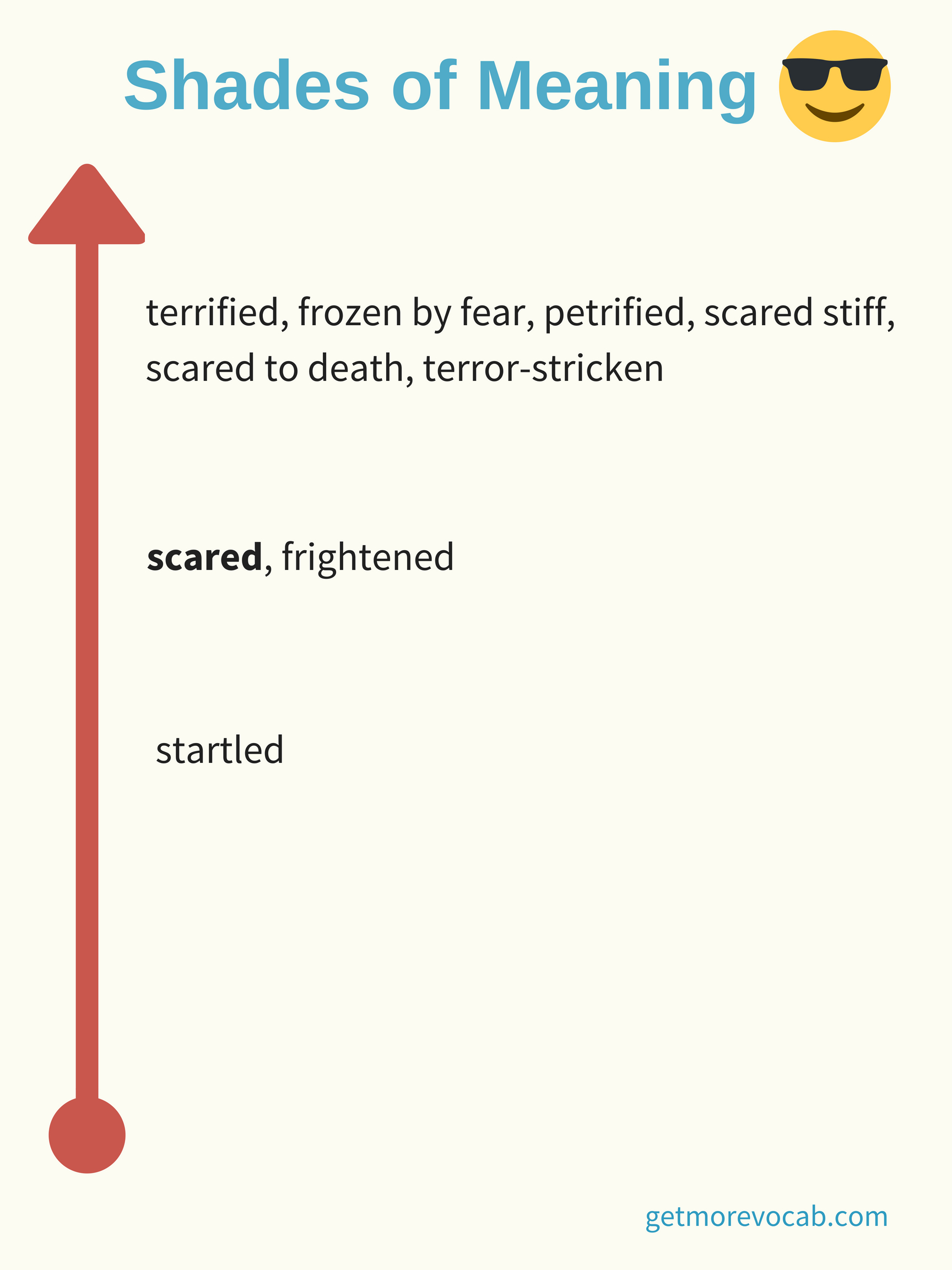 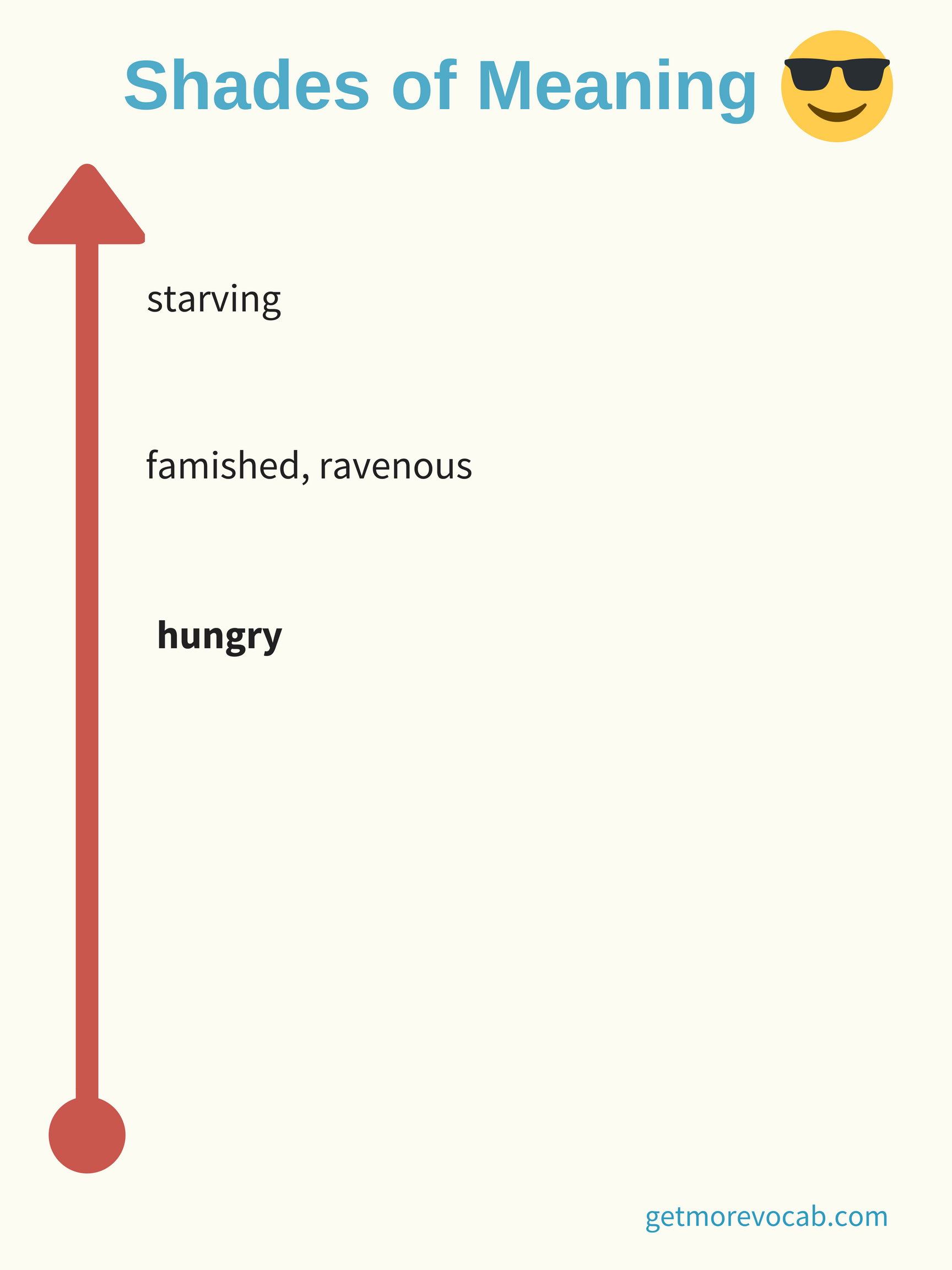 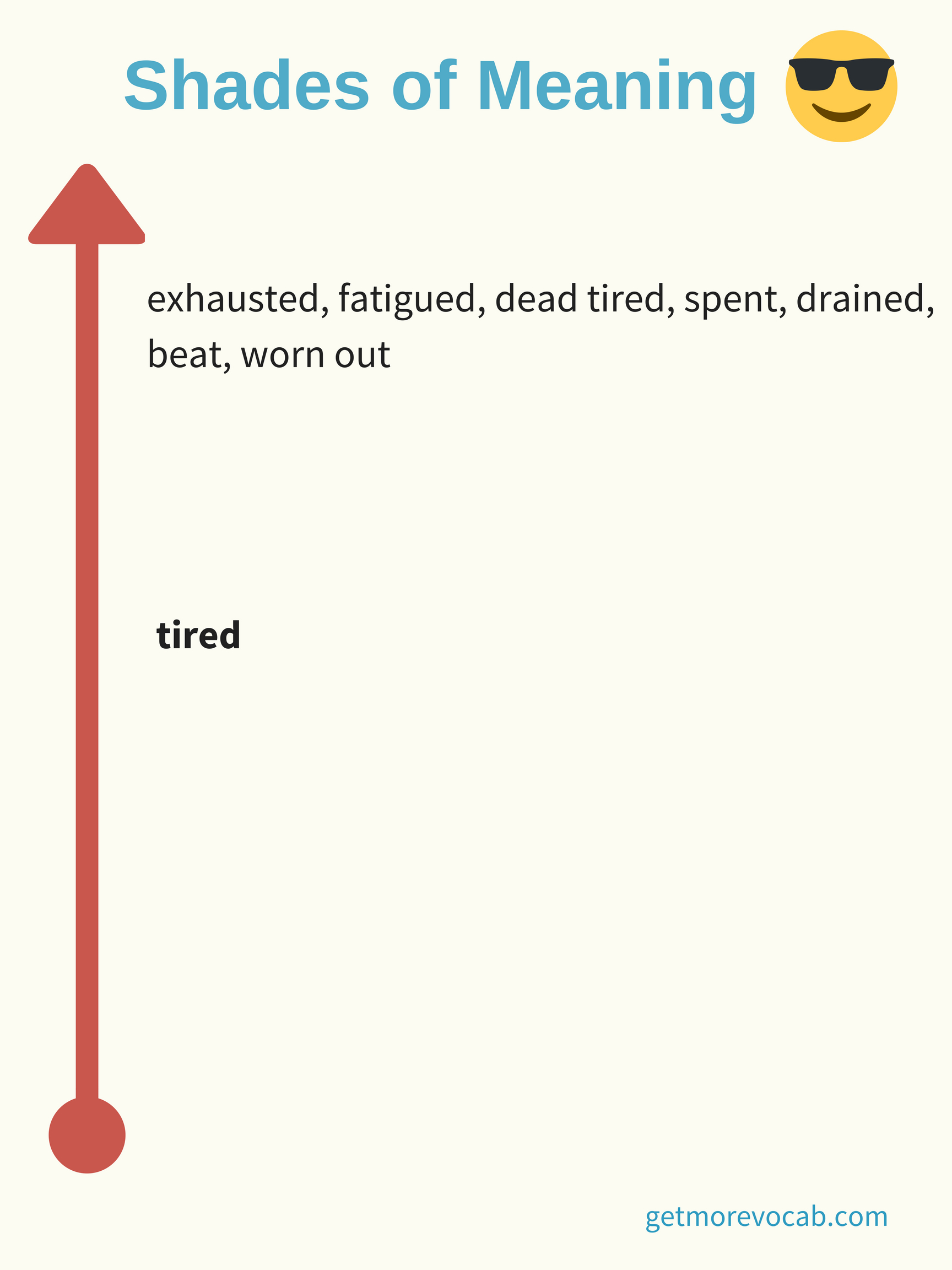 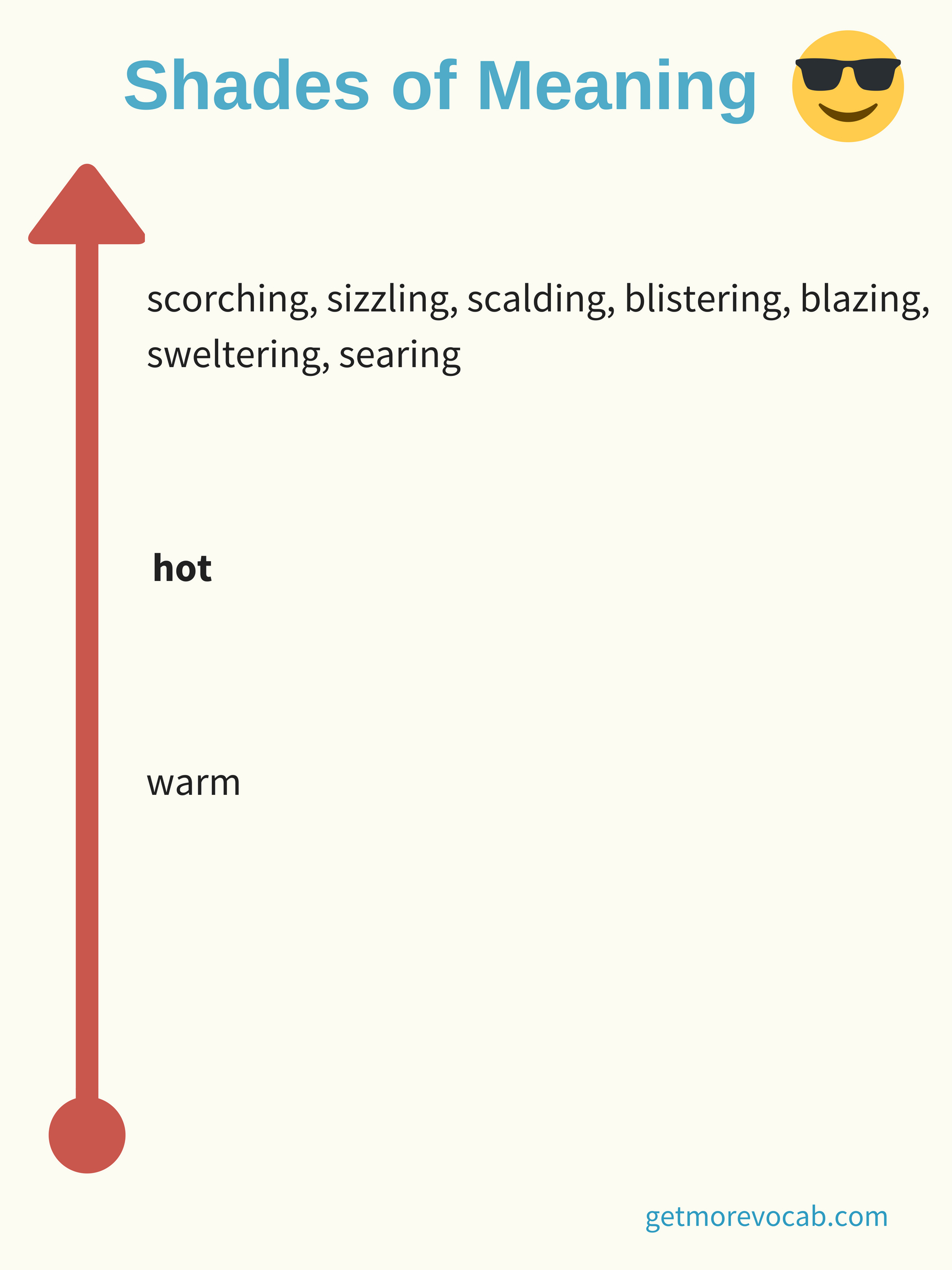 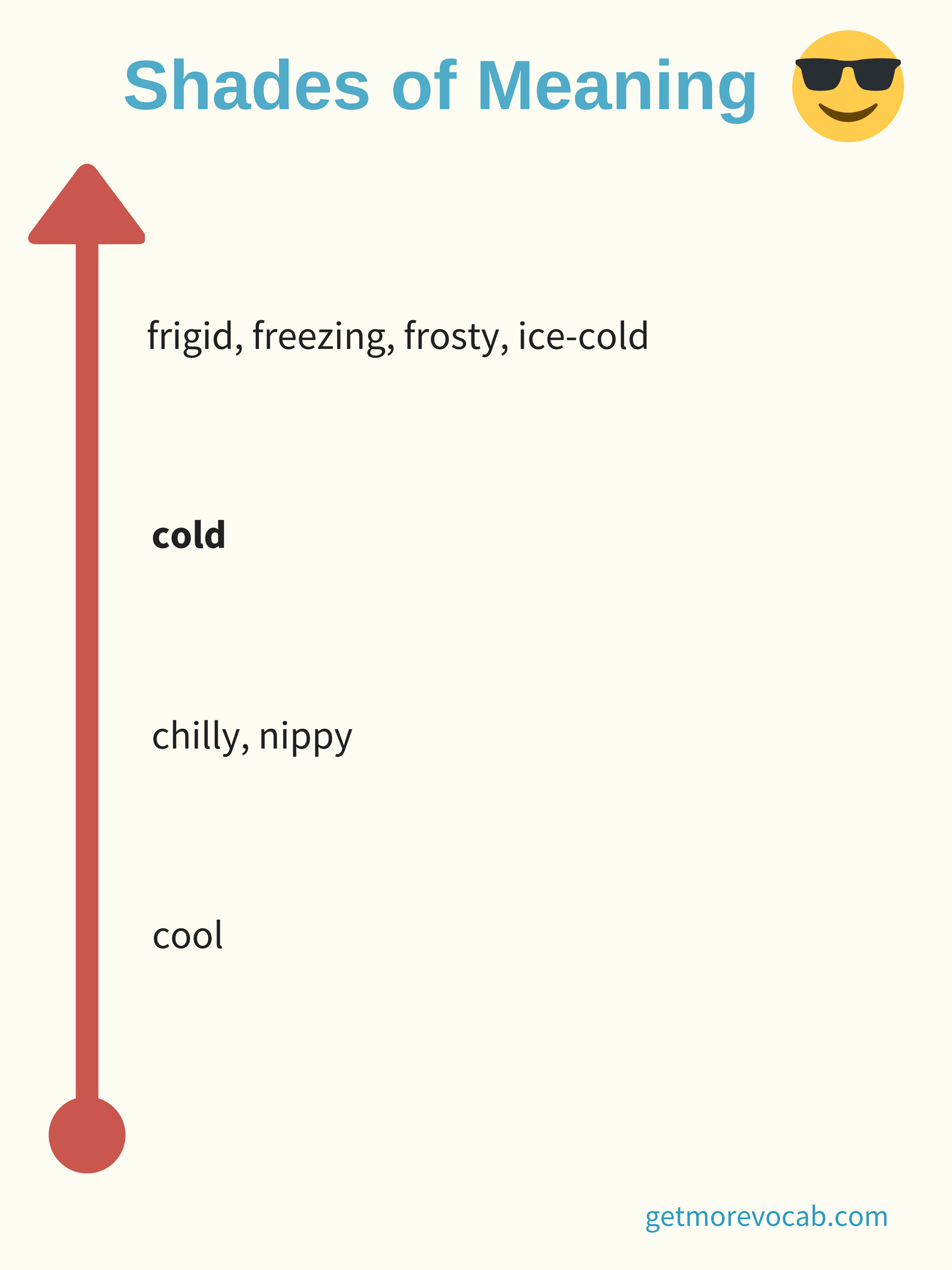 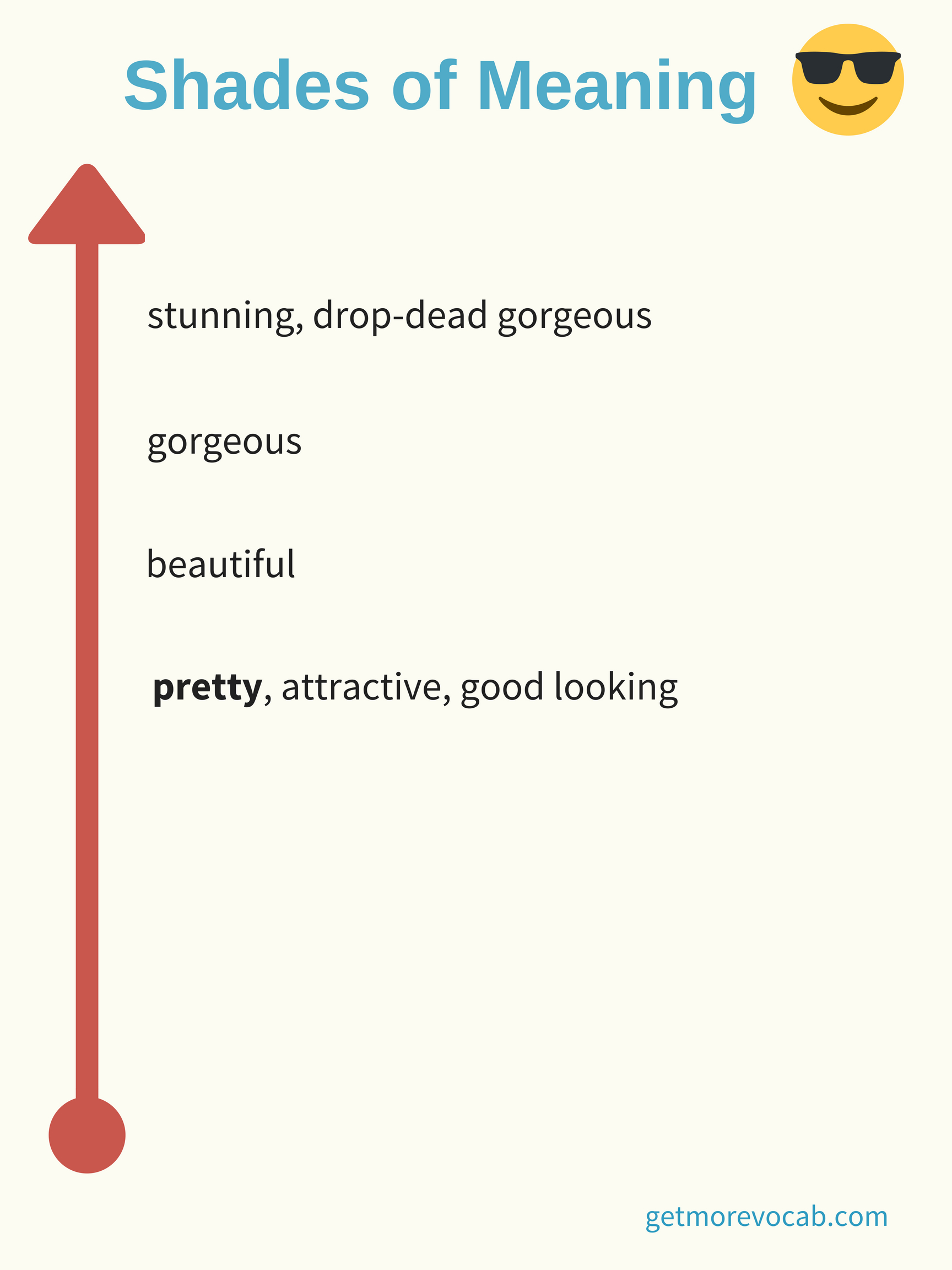 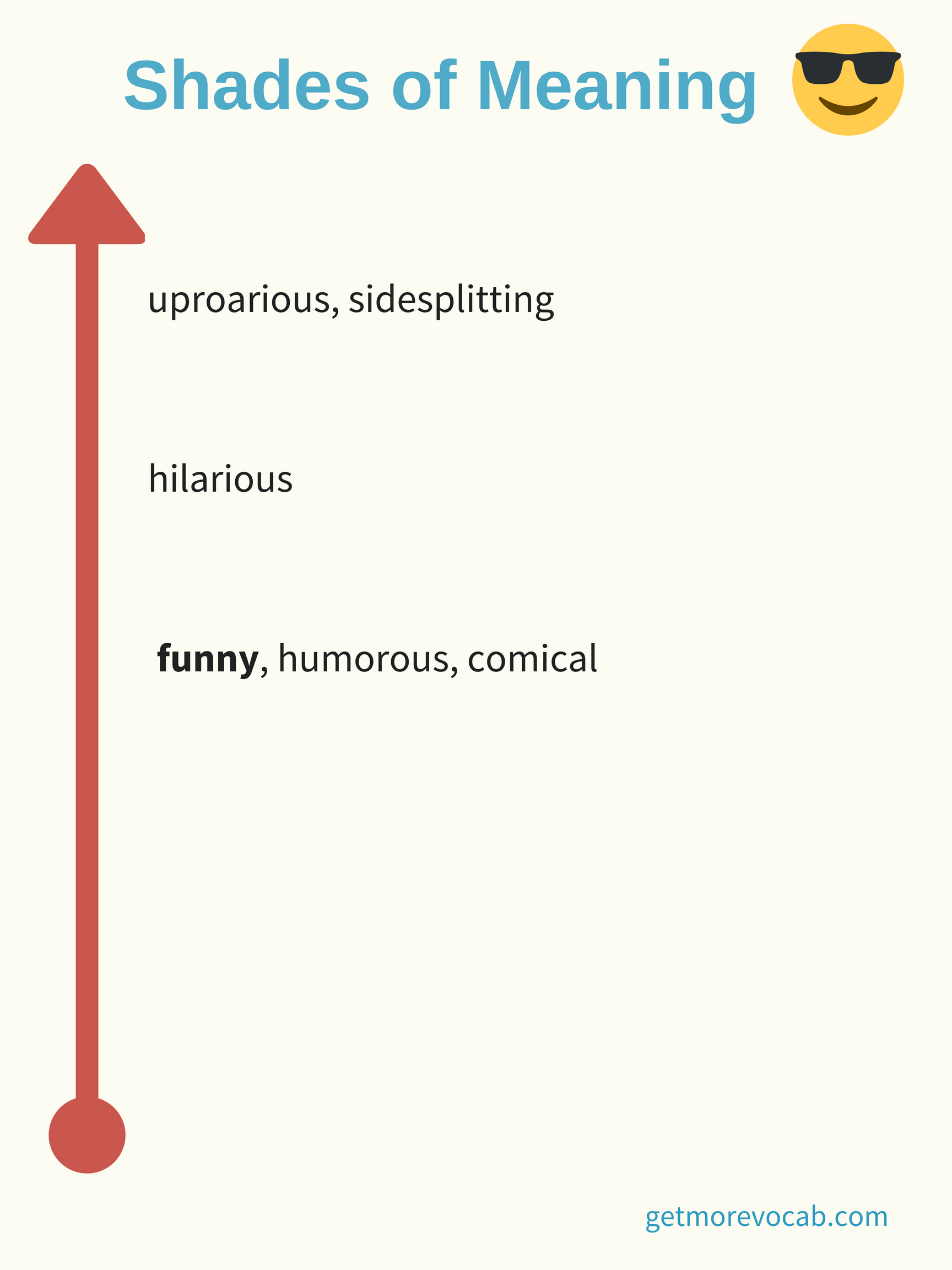 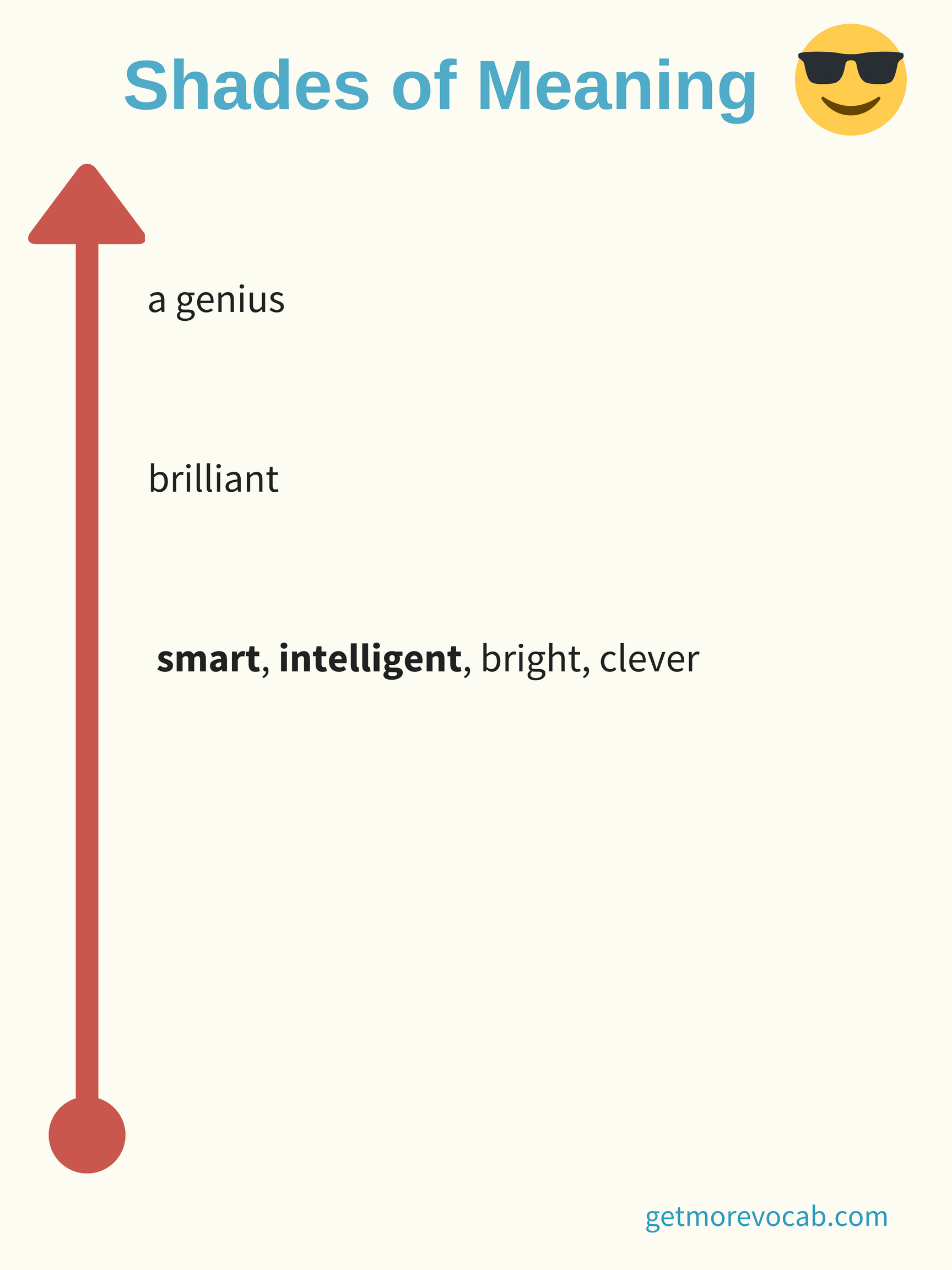 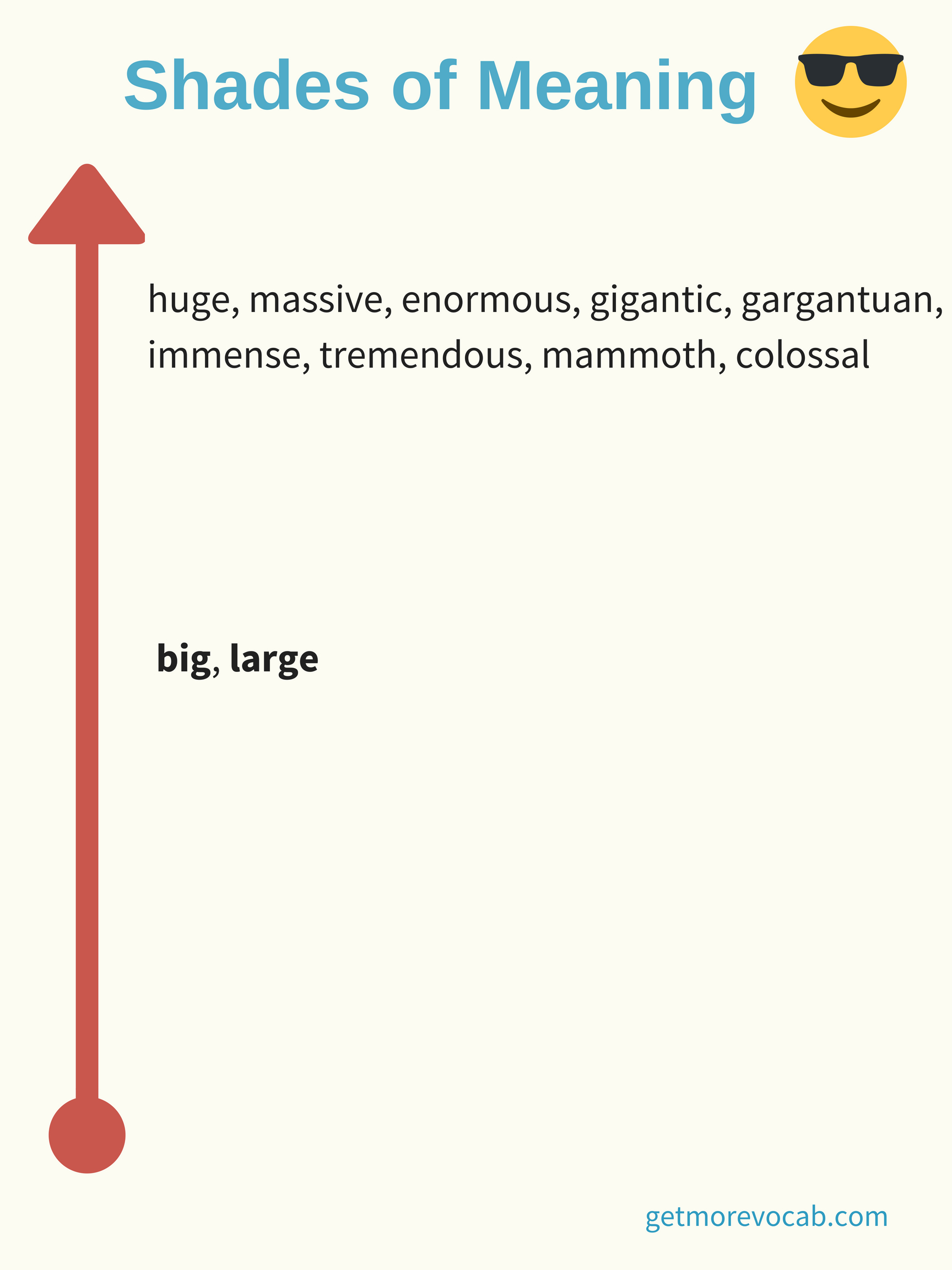 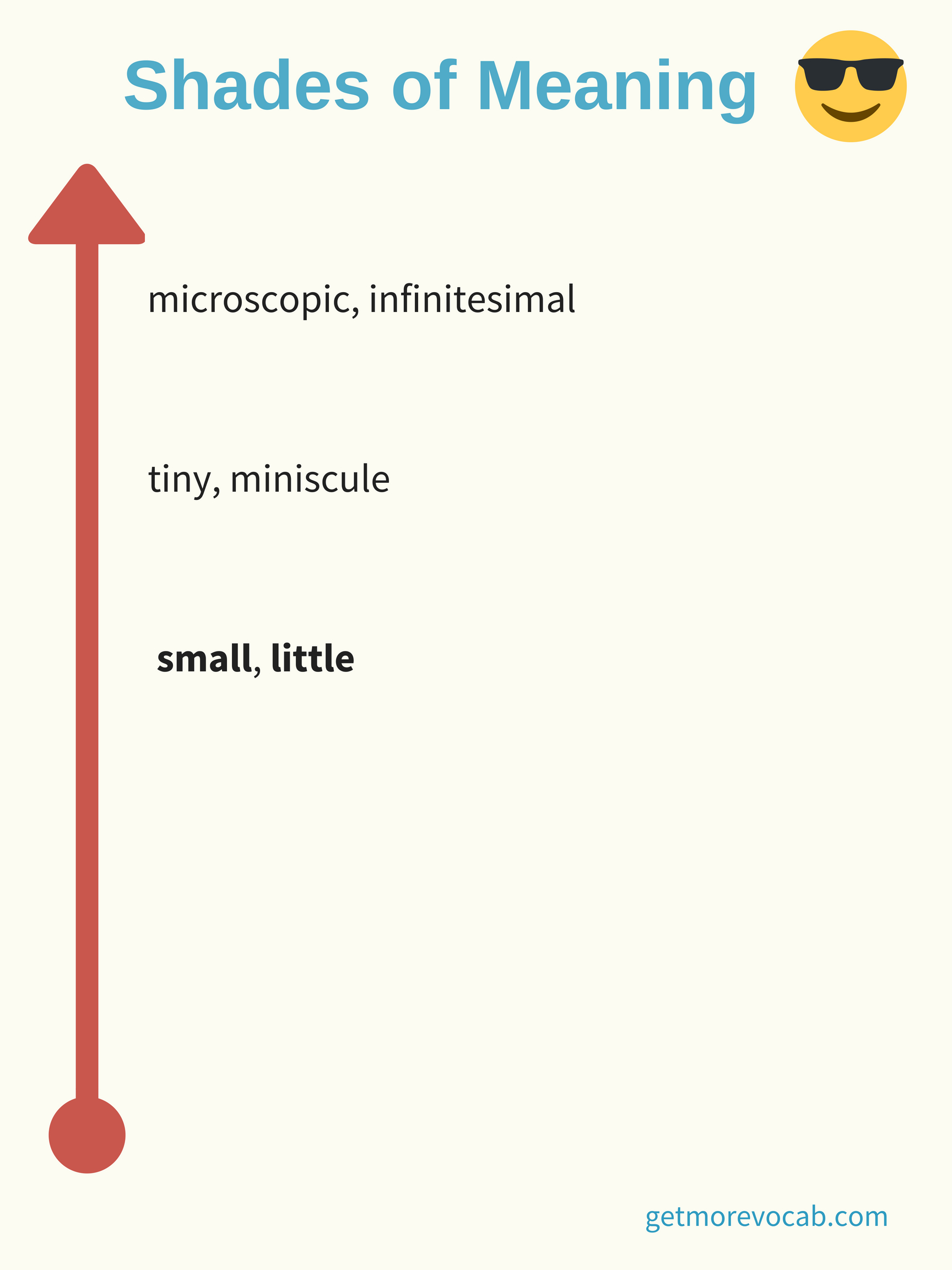 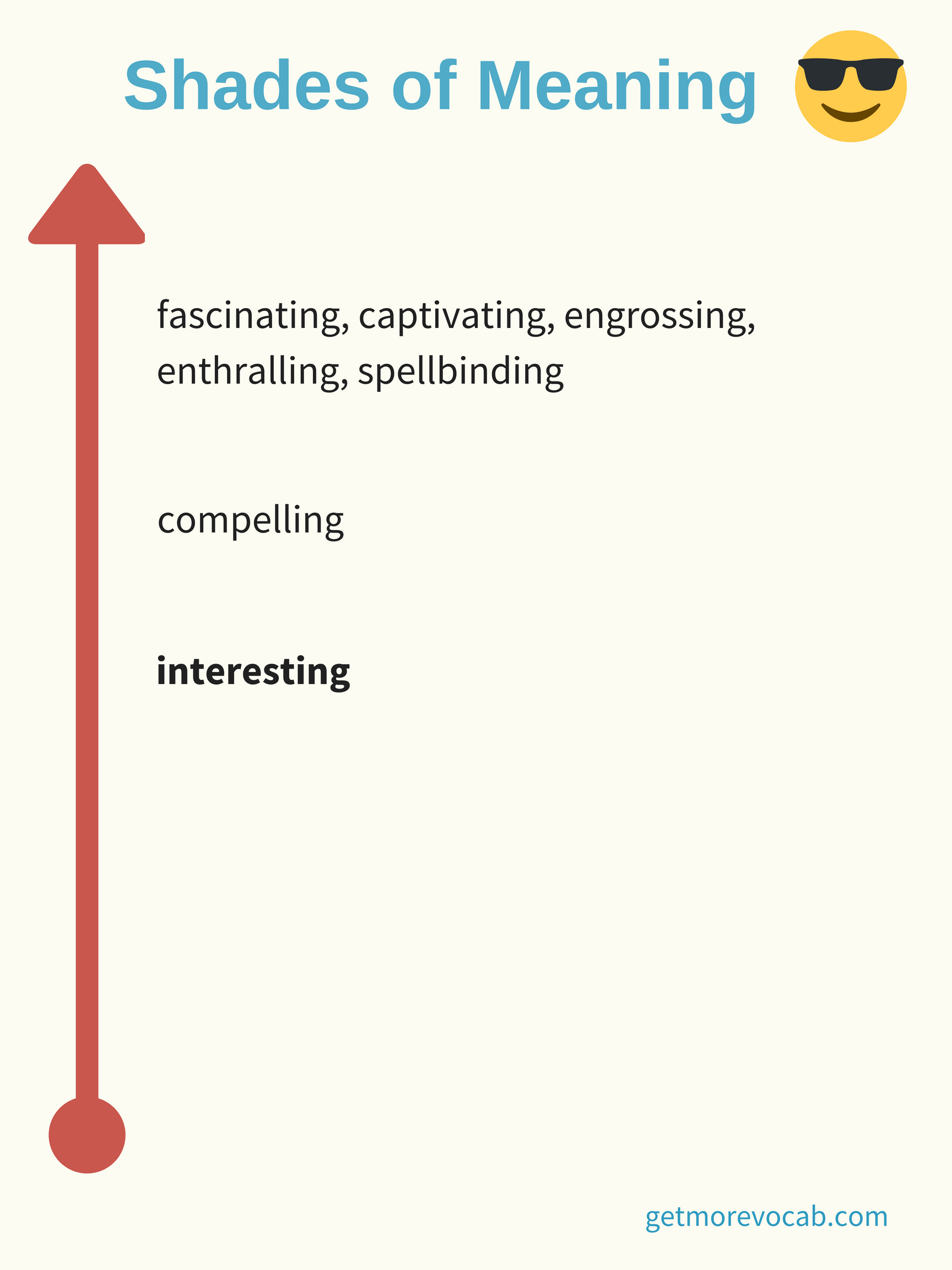 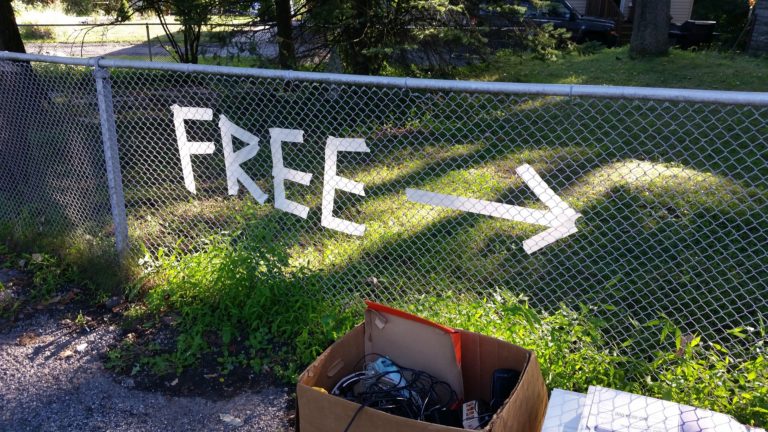 Advanced learners need to know a ton of synonyms. Here are 10 terms you can use as alternatives to free. 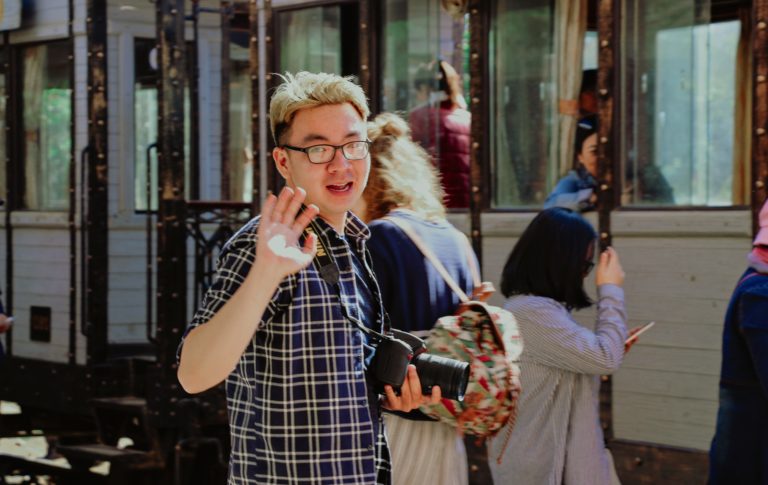 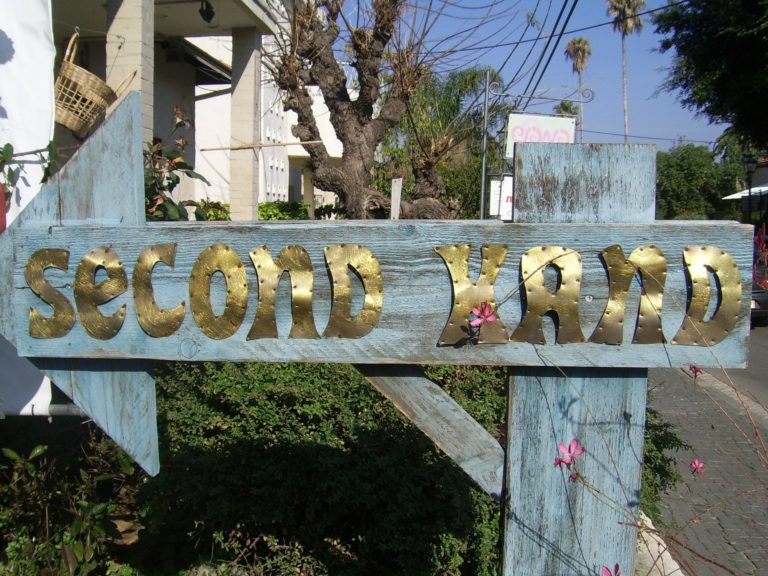 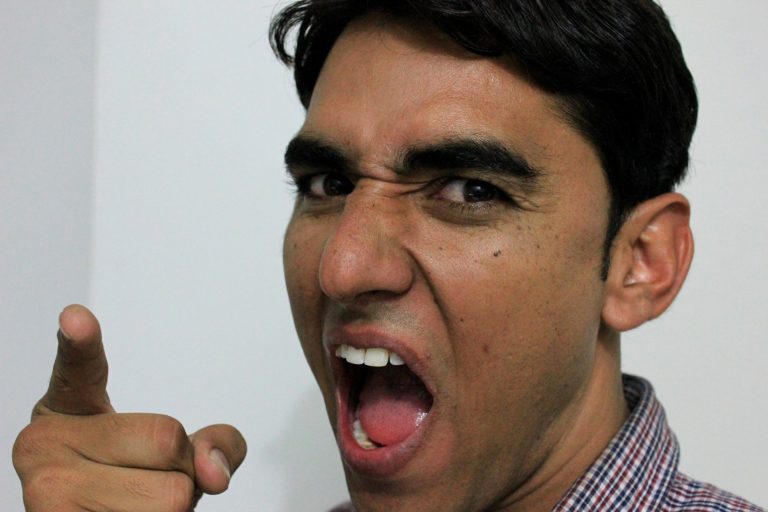 Descriptive terms are always better than very and an overused adjective. Here are seven better alternatives to very angry. 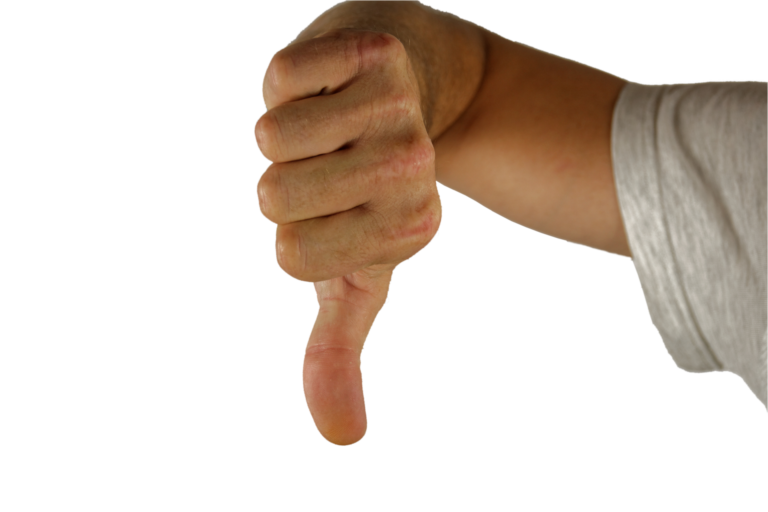 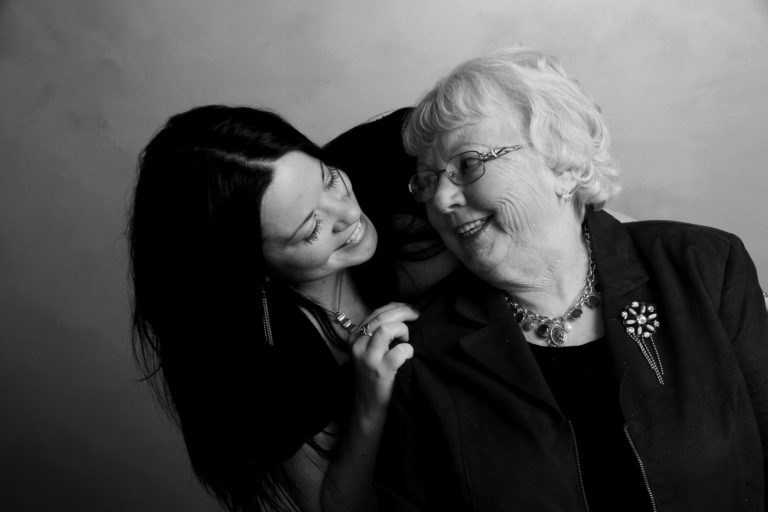